Things we are or have been working on 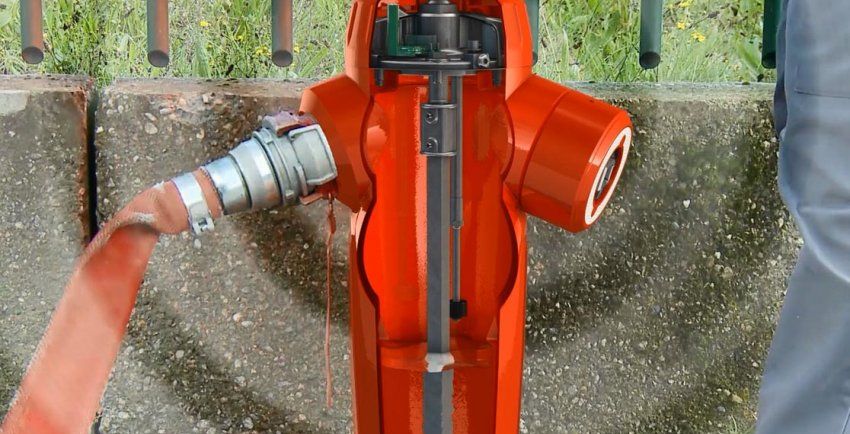 {"dots":"true","arrows":"true","effect":"slide"}
Hydrant Anti-Theft System (HAT)
Hydrant is a connection point by which firefighters can tap into a water supply. It is a component of active fire protection.

Lately more and more water thieves have been targeting hydrants, which causes water losses in the distribution system thus expenses associated with unlawful water consumption. Thefts can also cause hydrants to freeze in winter, and even water contamination.

The goal of HAT is to control unauthorized use (theft) of water from the water distribution systems and prevent contamination of drinking water. Advanced analytics based on sensor collected data helps in preventive maintenance planning.

Main reasons for implementation of HAT:
- Water losses in water distribution systems due to unauthorized use (theft) are significant.
- The thefts can also cause hydrants to freeze in winter, which means firefighters can’t use them in an emergency
- Sometimes there is a hydrant valve failure due to age or manufacturing faults which prevents proper sealing of the hydrant and causing water leak

Area of use:
- Control of unauthorized use (theft) of water from the water distribution systems.

Technical details:
- Device is equipped with float switch
- Battery autonomy up to 10 years
- Remote access to the GUI

{"dots":"true","arrows":"true","effect":"slide"}
Water distribution management (WDM)
Water is essential resource for all the life on the planet. Of the water resources on Earth only three percent of it is fresh and two-thirds of the fresh water is locked up in ice caps and glaciers. Of the remaining one percent, a fifth is in remote, inaccessible areas and much seasonal rainfall in monsoonal deluges and floods cannot easily be used. At present only about 0,08 percent of all the world’s fresh water is exploited by mankind in ever increasing demand for sanitation, drinking, manufacturing, leisure and agriculture. Due to the small percentage of water remaining, optimizing the fresh water we have left from natural resources has been a continuous difficulty in several locations worldwide.

Main reasons for implementation of WDM:
- Overall water losses in water distribution systems are significant.
- Utility companies are now trying to solve this problem by increasing the number of water wells, which means new investment cost, and/or increasing pipeline pressure which leads to further cracking of older pipeline sections or valve leaking and thus to new water losses. 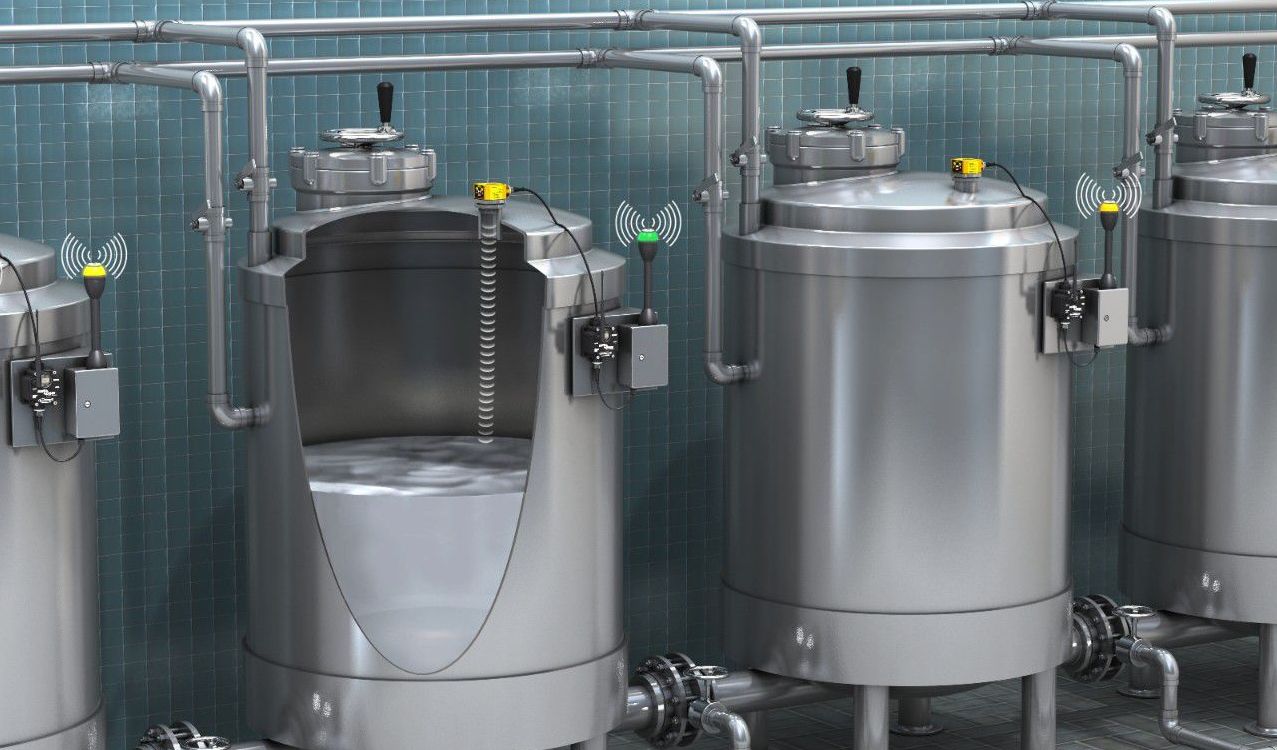 Main reasons for implementation of USM:
- USM eliminates both the need for on-site manual tank level reading and the risk of costly process disruption due to liquid shortages.
- Time-optimized liquid delivery means transportation cost reduction.
- Lower health & safety risks as personnel no longer perform on-site measurements during which potentially toxic vapors may be inhaled.
- USM is supplied ready to use, extremely easy to install and integrate by your personnel.
- The system sends alerts when tank level reaches a predefined limit. These can be in the form of e-mail and/or SMS.
- Automated reporting with daily status information are sent to server.

Technical details:
- Device is equipped with ultrasonic sensor
- Battery autonomy up to 5 years
- Remote access to the GUI 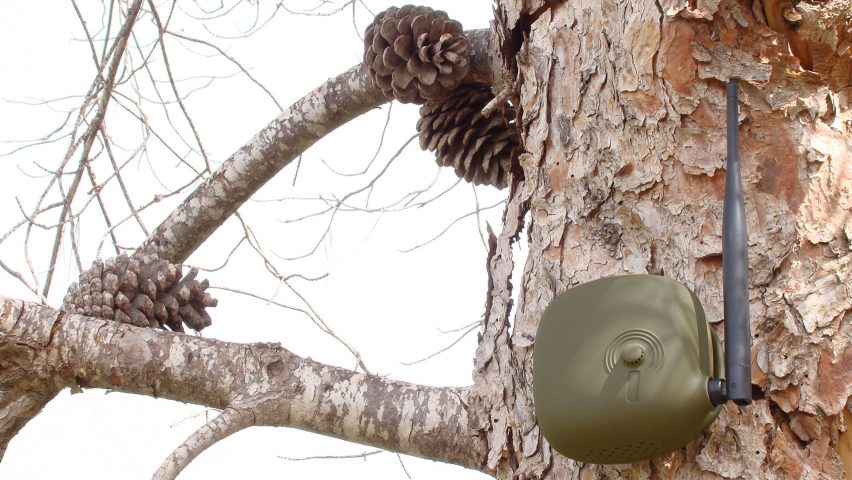 {"dots":"true","arrows":"true","effect":"slide"}
Fire and smoke early detection
A wildfire or wildland fire is a fire in an area of combustible vegetation that occours in the countryside or rural area. Depending on the type of vegetation where it occours, a wildfire can also be classified more specifically as a brush fire, bush fire, desert fire, forest fire, grass fire, hill fire, peat fire, vegetation fire, or veld fire. It is common problem in many countries around the world. Not only can it threaten communities and destroy vast amounts of natural resources, but can also displace wildlife and destroy their natural habitat affecting the ecosystems and causing environmental pollution. For all the reasons mentioned above, prevention and fire suppression represents the strategic priority of today.

Main reasons for implementation of Telemetris Fire detection system
- Early detection is one of the key factors to minimize damage caused by fire.
- Up to now, the most common tool used for early fire detection was video technology. With the development of new mobile technologies it is now possible to place small sensor cells into the fire prone areas to detect smoke, increase in temperature, CO2 and CO, and humidity drop as a result of fire.
- The system sends alerts to a server when sensor values reach predefined limits. Based on algorithm running on the server and data collected from other sensor cells it is possible to conclude whether it is a fire or not.
- Telemetris Fire detection system is independent system based on Low Power Consumption technology which does not need external power supply. It can operate on battery and solar panel for more than 10 years with no maintenance.

Area of use
- Early wildfire detection:
o Early warning and immediate response to a fire breakout are key factors in avoiding greater damage to the environment and people. In fire surveillance it is most important to quickly, reliably and accurately detect a fire.
o It is much easier to suppress a fire when the starting location is known and while it is in its early stages. Information on spreading fire are also very valuable for managing the fire during all its stages. Based on that information it is possible to strategically manage and guide firefighting staff to intercept and block the fire spread before it reaches areas where the damage will be enormous.
- Fire detection along electric power lines
- Fire detection in warehouse facilities
- Fire detection on Farms

Technical details:
- Device is equipped with Temperature and humidity, CO2 and CO sensor
- Battery autonomy for at least 10 years (with Solar panel)
- Remote access to the GUI 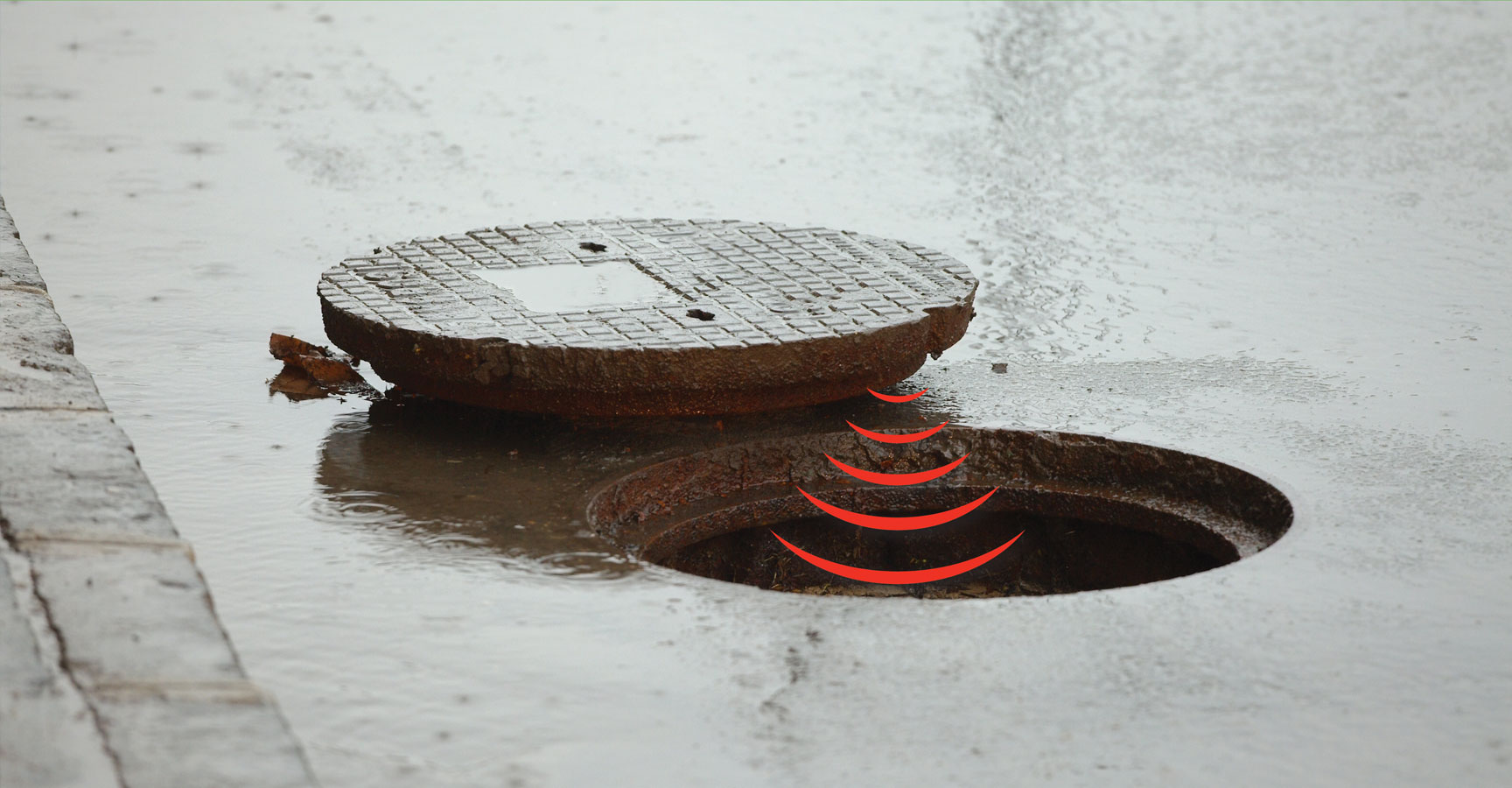 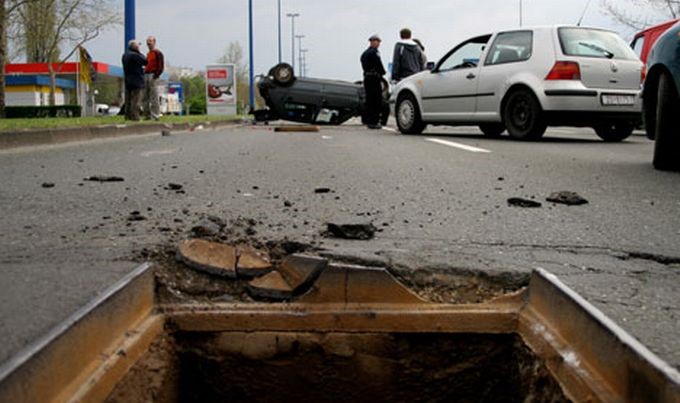 {"dots":"false","arrows":"true","effect":"slide"}
Anti-theft system
An anti-theft system is any device or method used to prevent or deter the unauthorized appropriation of items considered valuable. From the invention of the first lock and key to the introduction of RFID tags and biometric identification, anti-theft systems have evolved to match the introduction of new inventions to society and the resulting theft by others. Using Low Power Consumption technology combined with corresponding communication technology, Telemetris anti-theft system can run on batteries for years and needs no maintenance thus can be placed almost anywhere. In the event of sensor activation, the system sends this information to the server which takes further action according to a predefined procedure.

Main reasons for implementation of ATS:
- ATS can be placed anywhere with no need for external power, even under manhole cover.
- ATS can secure properties that, up to now, could not have been secured
- ATS can be equipped with various types of sensors such as:
o Various types of switches, accelerometer, temperature and humidity sensor, air pressure sensor, smoke detection sensor, gas detection sensor and many others depending on the need.

Area of use:
- Alarm while unauthorized opening of manholes
o Manhole cover theft is the phenomenon of manhole covers being stolen, usually for resale as scrap i.e. for financial reasons. It is becoming serious and increasingly common problem. Car hitting an open manhole can cause tremendous material damage or lead to traffic accident. Falling into an open manhole can be fatal.
- Cottages
- Warehouse facilities
- Farms

{"dots":"false","arrows":"true","effect":"slide"}
Agriculture sensor kit
Agriculture is historically a key factor in development of human society. Over the last few centuries, technological advances have significantly affected the development of agricultural activity. Growing IoT technology has an increasing role in this, providing farmers with new opportunities to monitor the status of various parameters and analyze them in order to improve productivity. New technologies have become applicable in areas with no electricity, so more and more farmers tend to use them.Telemetris Agriculture system uses Low Power Consumption technology to connect sensors and servers.

Area of use
- Greenhouses
- Field
- Vineyards
- Compost and grain silos 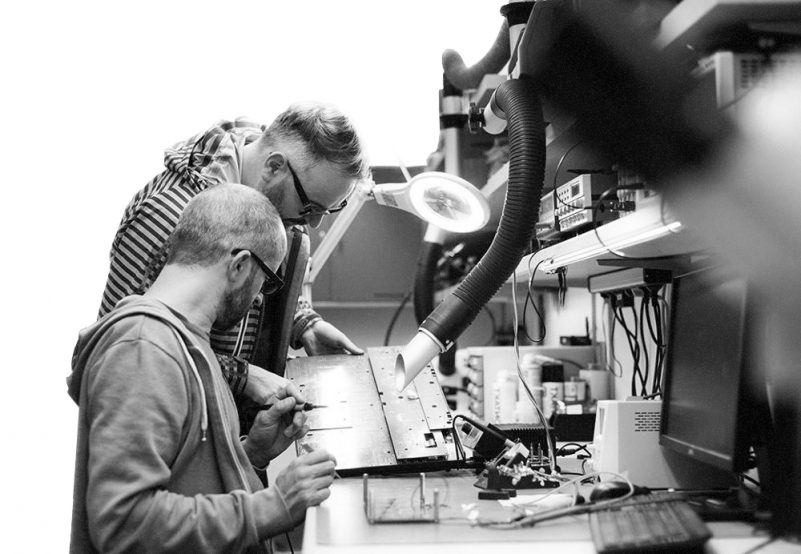 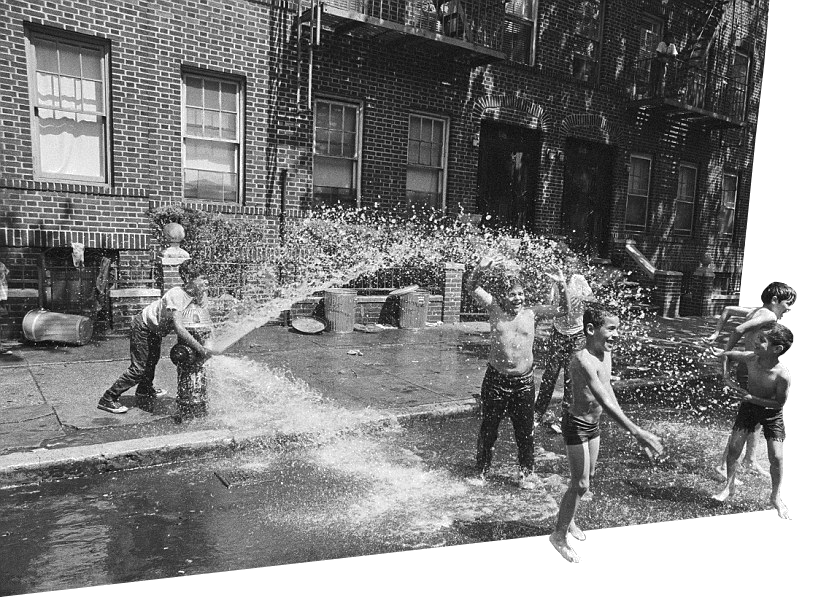 The present generations have the responsibility to bequeath to future generations an Earth which will not one day be irreversibly damaged by human activity. Each generation inheriting the Earth temporarily should take care to use natural resources reasonably and ensure that life is not prejudiced by harmful modifications of the ecosystems and that scientific and technological progress in all fields does not harm life on Earth. Responsible resource management means taking into account the long-term impact of our activities, sustaining the earth's resource base and the global environment for the benefit of those who will come after us. Quality of life for the world's children in 2050 depends on our decisions today!

WHAT MAKES US STAND OUT

We tailor our products to your specific needs. You come up with an idea, we'll do the rest.

Depending on a project we'll suggest appropriate transport technology. We can go from AC powered devices to 10+ years battery life using most popular LPWAN technologies.

Whether you're interested in HW or SW development, or maybe both, we can deliver complete solutions you require.

HOP ON THE IOT WAGON. LET US KNOW HOW WE CAN HELP.

We're located 80 kilometers from the Croatia's capital. Feel free to visit us.